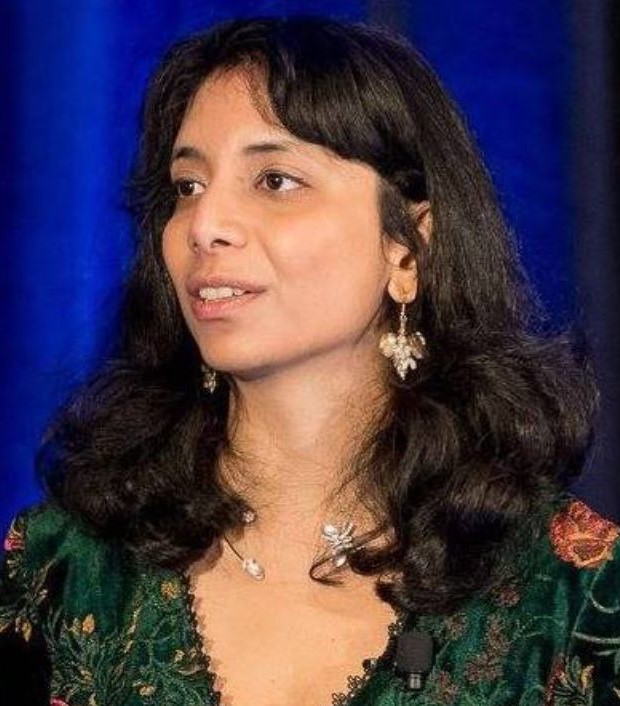 Animashree (Anima) Anandkumar joined NVIDIA as director of machine learning research in 2018. She is also a Bren professor at Caltech CMS department since 2017. Her research spans both theoretical and practical aspects of  machine learning. In particular, she has spearheaded research in tensor-algebraic methods, large-scale learning, deep learning, probabilistic models, and non-convex optimization.

Anima is the recipient of several awards such as the Alfred. P. Sloan Fellowship, NSF Career Award, Young investigator awards from the Air Force and Army research offices, Faculty fellowships from Microsoft, Google and Adobe, and several best paper awards. She is the youngest named professor at Caltech, the highest honor bestowed to an individual faculty. She is part of the World Economic Forum's Expert Network consisting of leading experts from academia, business, government, and the media. She has been featured in documentaries by PBS, KPCC, wired magazine, and in articles by MIT Technology review, Forbes, Yourstory, O’Reilly media, and so on.

Anima received her B.Tech in Electrical Engineering from IIT Madras in 2004 and her PhD from Cornell University in 2009. She was a postdoctoral researcher at MIT from 2009 to 2010, visiting researcher at Microsoft Research New England in 2012 and 2014, assistant professor at U.C. Irvine between 2010 and 2016, associate professor at U.C. Irvine between 2016 and 2017, and principal scientist at Amazon Web Services between 2016 and 2018.