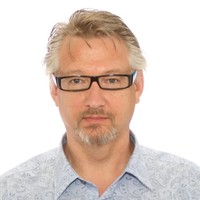 Charles Loop is a Principal Research Scientist in the Learning & Perception Research group with NVIDIA Research. Charles is the inventor of Loop Subdivision, a geometric modeling algorithm used for creating smooth shapes for use in medical imaging, special effects, and video games. He was recently awarded a Technical Achievement Award from The Academy of Motion Picture Arts and Science for this work. Charles other contributions to Computer Graphics include the GPU font and path rendering algorithm used in popular commercial graphic design tools; to the hardware accelerated subdivision surface rendering algorithm used in Pixar's Open SubDiv library.  While at Microsoft Research, he initiated a project called Holoportation, that demonstrated a two-way telepresence system, allowing users wearing Augmented Reality (AR) display devices such as Hololens to interact with each other’s photo-realistic 3D holograms in real-time, while physically separated by thousands of miles. Since joining NVIDIA, Charles has worked on applying Deep Learning to 3D reconstruction problems. Charles holds an M.S. in Mathematics from the University of Utah, and a Ph.D. in Computer Science from the University of Washington. Charles is located in Redmond.